So, lately I've been feeling stressed. Nothing urgent or terrible: just lots of stuff to do, phone calls unreturned, etc.


I both love baking, and am sort of self-dramatizing, and this is one of my favorite movies:

So it's impossible to make a pie without getting this song in my head:

And if you want some poignancy to your evening, check out a little about actor/director Adrienne Shelly.


But you know what else I love beside pie? Rice pudding.

Email ThisBlogThis!Share to TwitterShare to FacebookShare to Pinterest
Labels: Hearts In My Eyes, Self-Documenting My Proud Foodie Creation, The Nervous Chef, The World Is Blue Like An Orange, Things Wot I WROTE

I'm fond of posting this picture whenever I make the assertion that I'm Not a Nerd: 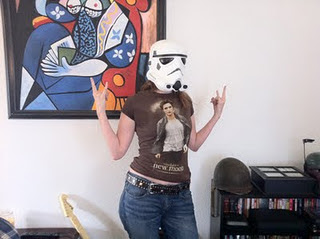 I bought this Twilight: New Moon t-shirt at a thrift store; I just couldn't believe how awesomely awful it was, and so snatched it up immediately. I've worn it only once, upon the occasion here depicted; I went over to a friend's house for a BBQ, thinking only folks I already knew were going to be there and that they would think the shirt Immensely Funny.


Then some people I didn't know showed up.

Email ThisBlogThis!Share to TwitterShare to FacebookShare to Pinterest
Labels: Hearts In My Eyes, Hello Giggles, Poppin' My Culture, Sitting around in a Twilight T-shirt Wearing a Star Wars Helmet on My Head, Supernatural, This Shit Is Funny Check It Out

I really should be doing other things, but I just wrote two articles and my brain is whirling at a billion miles per hour, so I thought I'd do a blog instead.


You know my trip to Peak Peak, documented below? Well, my friend N. made a horror movie about it:

He also introduced me to this, which says "Skillet Bacon Spread" but looks here like "Skilled Bacon Spread". Bacon's got skills, man.

Email ThisBlogThis!Share to TwitterShare to FacebookShare to Pinterest
Labels: Hearts In My Eyes, I Am An Ex-Vegetarian

So, I went on quite a grueling hike up Picacho Peak today (if you click the link, you'll see that there was a Civil War re-enactment going at the same time! Did you know that Westernmost skirmish battle of the Civil War was fought at Picacho Peak? We didn't see the re-eanacment but we did occasionally hear cannon fire during the hike). *Also, apparently "Picacho" means "peak" in Spanish, so the name can be translated as "Peak Peak." **Also, apparently, the whole Peak is a lava flow, but scientists have never been able to figure out where the volcano that exploded the lava was (clearly, aliens involved somehow, no?).


I've passed Picacho Peak numerous times; it's one of those landmarks that indicates you're leaving Tucson for real when you head on a road trip. It's right by the similarly iconic Ostrich Farm and it's not far away from the prison sign that says "Do not stop for hitchhikers."


I thought that after a shower I was gonna collapse into a heap. But instead, I find myself looking at pics and movies from the hike and wanting to post them (admittedly, I am doing this lying in bed, from which I shall not stir). I haven't even got all the photos that my friend N. took, but I the ones I have are so GOLD that I MUST post them.


This one should not make laugh as much as it does, given that it's me (trying) to be funny.


Here are the boning flies referenced:

Email ThisBlogThis!Share to TwitterShare to FacebookShare to Pinterest
Labels: Animals That Won't Kill You and Are Adorable, Guest Poster, Hearts In My Eyes, Photo Essay, The World Is Blue Like An Orange, This Shit Is Funny Check It Out, Travel Notes

Okay, so it turns out I know nothing about photoshop/image manipulation, which I wanted to do in response to this Jezebel article Watch Ke$ha's Sarah McLachlan-esque Plea on Behalf of Baby Seals 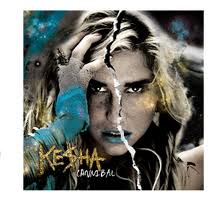 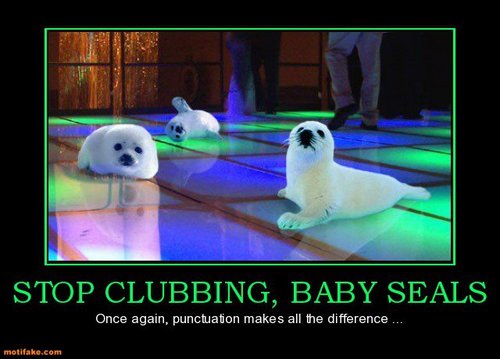 And the baby seals are like, WE R WHO W R!

(I highly recommend listening to the Ke$ha video while being mesmerized by baby seal gif).

Email ThisBlogThis!Share to TwitterShare to FacebookShare to Pinterest
Labels: Animals That Won't Kill You and Are Adorable, Poppin' My Culture, This Shit Is Funny Check It Out
Newer Posts Older Posts Home
Subscribe to: Posts (Atom)