Supernatural 7.01 Recap PART TWO: Villains That Will Kill You But Are Adorable


We then transition extremely subtly from Crowley's scotch glass to the cup of a blind beggar. A burn-y hand put money in the cup, so we guess that it's Cas, who earlier seemed to have had an Uncomfortable Burning Sensation in his hand. 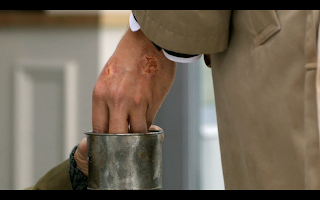 Cas explains that the beggar is a true believer. "People say I'm wrathful, but I
only punish liars and those who forsake me. I am a just God." He then grants the beggar his sight.

Cas comes into focus, and the beggar spends a split second rejoicing over his miraculous restoration of sight before getting all judge-y on Cas, saying, "Your face! What's wrong with you?" 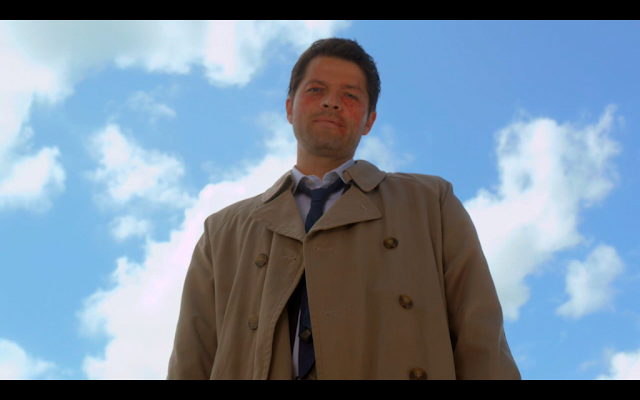 Email ThisBlogThis!Share to TwitterShare to FacebookShare to Pinterest
Labels: Animals That Kill You But Are Adorable, BLOGGITY BLOG STUFF, Poppin' My Culture, Sitting around in a Twilight T-shirt Wearing a Star Wars Helmet on My Head, Supernatural

Supernatural 7.01 Recap: Villains That Will Kill You BUT ARE ADORABLE Part 1

Alright, so I already discussed the awesomeness of the new title card and Sam's hair; the other important item of business is "The Road So Far" Montage, which is set to Foghat's "Slow Ride."

Email ThisBlogThis!Share to TwitterShare to FacebookShare to Pinterest
Labels: Animals That Kill You But Are Adorable, Poppin' My Culture, Sitting around in a Twilight T-shirt Wearing a Star Wars Helmet on My Head, Supernatural

Okay, so let's be honest. There were three things any good Supernatural fan was looking for in the Season Seven premiere:

Every time I saw the title to this blog entry, I'd get this song stuck in my head:


Here's a picture of me dressed up as Bubble for an Ab Fab themed party in college:

Email ThisBlogThis!Share to TwitterShare to FacebookShare to Pinterest
Labels: BLOGGITY BLOG STUFF, Hearts In My Eyes, My Inner Gay Self Is Called Percy Wepre Derwyn Owen

An alarmingly large chunk of the average day

Okay, so, like I said -- Imma try and do Supernatural recaps when the new season starts up. We'll see. There's like eighty billion things I could say about Supernatural but I think it's vital to the success of this endeavor that I not say as much as I'd ideally want to. Nick Hornby has this great moment in Fever Pitch -- he's says, when you're really obsessed with something (in his case soccer, or "football"), often when you're asked, "What are you thinking?" you have to lie:

At this point I lie. I wasn't thinking about Martin Amis or Gerard Depardieu or the Labour party at all. But then, obsessives have no choice; they have to lie on occasions...If we told the truth every time, then we would be unable to maintain relationships with anyone from the real word. We would be left to rot with our Aresenal programmes or our collection of original blue-label Stax records or King Charles spaniels, and our two-minute daydreams would become longer and longer and longer until we lost our jobs and stopped bathing and shaving and eating, and would lie on the floor in our own filth rewinding the video again and again in an attempt to memorize by heart the whole of the commentary including David Pleat's expert analysis, for the night of 26th of May 1989 (You think I had to look that date up? Ha!) The truth is this: for alarmingly large chunks of an average day, I am a moron.

Substitute "Season 2 DVD commentary" in there and you get the picture.

So, I'm going to limit myself. For instance, in this blog entry I'm only going to complain about promotional materials! No biggie. Everybody thinks about that stuff, right?

Email ThisBlogThis!Share to TwitterShare to FacebookShare to Pinterest
Labels: BLOGGITY BLOG STUFF, OHREALLY, RAGE, Sitting around in a Twilight T-shirt Wearing a Star Wars Helmet on My Head, Supernatural

So forever ago, I was like "Here are all the things my next blog post will include!" And since then I've been blocked, because I realized I wanted to write about a bunch of things that...didn't really relate together so well. So I thought I'd talk you through my thought process.

Email ThisBlogThis!Share to TwitterShare to FacebookShare to Pinterest
Labels: BLOGGITY BLOG STUFF, Existensial Crisis, Hearts In My Eyes, I Am A Self-Promotional Tool, I Am An Ex-Vegetarian, pamie, This Shit Is Funny Check It Out

I'm trying to get used to Blogger's new interface and not feel all old-fogey-y and resistant to change. Dude, Blogger, I use Blogger! I'm probably not exactly quick on the uptake in the ol' technology/web department, ya know?

I mean, I've pretty much just discovered gifs! Have a gif!

Email ThisBlogThis!Share to TwitterShare to FacebookShare to Pinterest
Labels: BLOGGITY BLOG STUFF, Sitting around in a Twilight T-shirt Wearing a Star Wars Helmet on My Head, Supernatural

Nature in Your Backyard 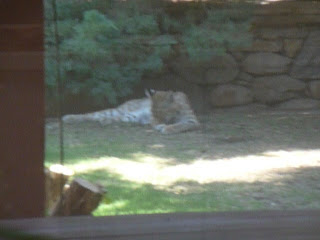 I know it's a vicious killer, but it's so cute though!

Email ThisBlogThis!Share to TwitterShare to FacebookShare to Pinterest
Labels: Animals That Kill You But Are Adorable
Newer Posts Older Posts Home
Subscribe to: Posts (Atom)