Okay, so I've been totally failing at recapping Supernatural.

And you know what's really hard? Recapping. It takes for frickin' ever. So my deepest appreciation goes to those who've put time and effort in writing recaps that I enjoy. It's a lot of work!


Especially when one has ambivalent feelings about a season. I've talked about my feelings about Season Seven of Supernatural and how they've vacillated all over the place. There have been episodes that I've thoroughly, thoroughly enjoyed and certainly Season 7 > Season 6. There are still things I'm looking forward to that keep me watching.

In general, the show has not been able to establish the kind of consistent quality it used to have. Since the five-year arc has ended, they haven't been able to tell a story and develop their characters in the same way. Maureen Ryan is one of those recappers whose pieces I've enjoyed reading over the years -- she's actually stopped recapping Supernatural, which probably tells you something.

Ryan's a big supporter of the show, who puzzled me by really enjoying the first part of Season 6, so much so that she was actually asked to moderate the Supernatural Paley Fest panel (a job that, had I been given, I would not have been able to complete, as I would be excessively urinating on myself in excitement/fear).

But, half-way through Season 6, the bloom began to come off the rose, as she began to realize that Season 6 was not really going anywhere. In the opening of Season Seven, she became more vocal/frustrated in her critiques. I enjoyed her outrage over episode three of this season -- I'm glad that even professionals get flounce-y when there's a really terrible episode of a show they love (FINE, THEN I WON'T EVEN WATCH THE SHOW ANYMORE HUMMMMPH!).


And, after a few more episodes, she's followed through in no longer recapping the show for now. I think her comments really sum up how I feel, too (even though my specific opinions do often diverge from hers -- I actually quite liked 'The Mentalists' -- but the basic points still stand):


But things are not currently all that normal (or what passes for normal) in the realm of 'Supernatural.'

I've said several times, this fall especially, that I think the show is off track in many key respects (the condensed version of my current overall critique is here). It's not that it's incapable of producing a good episode (and I'd call 'Death's Door' a great episode), it's that the show used to be a model of consistency. It never really strayed outside of certain quality parameters. It might occasionally have a clunker or a stratospherically excellent episode, but most episodes were at the very least competent, if not above average. Most episodes were just plain good.

That's often not been the case, for the last few months especially. Since about the middle of Season 6, the show has been wildly inconsistent and has lacked focus, rigor, ambition and a clear sense of where the characters are going and why. Part of the reason I'm giving up weekly reviews is that I want to give that dead horse I've been beating a break. I've told you what I've thought in my Season 7 pieces (the highlights are here, here and here), and if you think these pieces have often been repetitive to read, they're no less repetitive to write.

So that's Reason No. 1 I'm putting an end to the weekly reviews: I don't want to bore you or me with the same old, same old. As I said, the show still can come up with the goods -- I liked 'How to Win Friends and Influence Monsters' and loved 'Death's Door' -- but there have been more bad episodes than good this fall, and the bad ones have, frankly, made me angry and frustrated as a fan of the show. It's hard not to get riled up when you think something isn't living up to its potential, when individual episodes are often weak and derivative and when the season as a whole has lacked a consistent drive.


See, I'd disagree about specifics (hated "How to Win Friends and Influence Monsters" and loved some of the early Season 7 episodes she hated), but I agree with the overall sentiment. It's not the show can't still make great episodes and that there aren't still talented people writing for the show and acting in the show. It's the there's a lack of long-term consistency in story-telling and character-building that used to be there. Seasons 6 and 7 -- while offering some great moments -- have (so far) fallen down on issues of season-long pacing and connecting the "big" plot with relatable arcs for the characters: and those elements used to be what Supernatural was best at.

The truth is, though I still enjoy watching the show, I just don't care in quite the same way anymore. I feel as if it would be doing a disservice to the awesome that is Season 2-5 to act like 6 and 7 are, like, just the same! And I think Ryan also has a good point that lack of consistency in the show means that fan discussion is less enjoyable, too. Opinions on Season 7 have been all over the place -- here, for example, is i09's pissed-off take on episode 8, "Season Seven, Time for Wedding!", which I thought was funny and harmless, but lots of fans loathed (the episode's central joke being that Supernatural fans are crazy, it is perhaps no surprise that fans got prickly).

But then, i09 liked episode 3 (THE EPISODE THAT SHALL NOT BE NAMED), which I can only say this about. 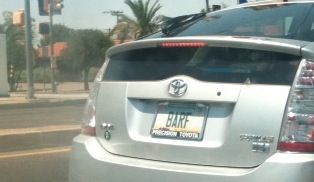 People will always disagree, sure. But, I think Ryan has a point here:

Even if an episode here or there is solid, overall, the writers are doing such an inconsistent job of delivering strong emotional, thematic and storytelling arcs that we as fans often have to fill in the blanks and supply our own interpretations of what's happening. We have to supply the complexity and connective tissue that the show is too often failing to give us.

Because the Winchesters' stories, as individuals and as brothers, have been all over the map, every single fan comes up with "their" backstory and interpretation, and each can come up with a rationale for his or her likes and dislikes. Because the narrative is so diffuse and so often consists of sloppy cover versions of songs we already know, people can and do impose any number of interpretations on characters and story. It can all be a recipe for chaos.

I think calling the storytelling "diffuse" is right on, as is "sloppy cover versions of songs we already know." If you have a strong, consistent, compelling narrative, certainly there will always been differing fan opinions -- but Seasons 6 and 7 haven't really offering a consistent place to critique from: it's mostly been recycled issues and stories, which stir the same-old arguments.

But, all the being said, one smart decision that Season 7 has made is to, in a certain way, acknowledge the decline in quality and embrace the cheese-y quality of one-off episodes. The theme for the season is "B-movies" and that's really shown -- the best episodes have been B-movie-like-tongue-in-cheek romps. The show in its current incarnation works, I feel, when it just does its cheese-y thing and doesn't attempt the larger story-telling issues.


This theme was summed up in one of the better moments of Season Seven's episode three, THE EPISODE THAT SHALL NOT BE NAMED. At the end of the episode, one of the Leviathans dumps nacho cheese all over a convenience store worker before he eats him, while announcing, "Everything tastes better with cheese." (Apparently this scene is supposed to evoke a scene in Game of Thrones where someone is killed by pouring hot gold on them? I didn't pick up the reference, as I'm not a nerd. 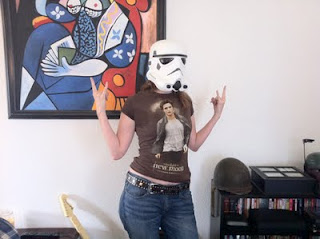 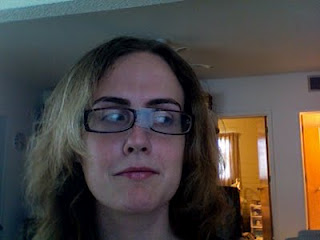 However, I think killing someone via Nacho Cheese instead of gold is a pretty good symbol for Supernatural's general kind of snarky attitude/low-budget ethos and I appreciate it).


And so, I've mostly been able to enjoy Season Seven on an episode by episode basis, trying to just enjoy the cheese-y goodness and not over-think.

As one of my favorite recappers put it:

So -- all of this was a rambling way of saying that while I still enjoy the show, I'm not sure that I'm up for episode-by-episode recaps. However, there's no new Supernatural on tonight, but they are showing a re-run on episode 4, "Defending Your Life." And I did screencaps of that episode forever ago, so in honor of the re-run I thought I'd do a recap of episode 4, just for old time's sake. But then I took forever to write this long, rambling intro, which is another problem with recaps: WHY DO I WRITE SO MUCH? WHY SO MANY WORDS ABOUT TV, SELF?

And now I have to go out and do stuff for my ACTUAL JOB (would that someone paid me to write recaps), so MAYBE I WON'T DO THE RECAP AFTER ALL. WE'LL SEE!


Here, enjoy this outtake from episode 5, "Shut Up, Dr. Phil" which (though I loved episode 5 in all its cheese-y goodness) is probably more enjoyable than the episode itself.


Also, here's a nod to all the B-movie-homage-references in episode 6, "Slash Fiction" (including Pulp Fiction!).


Awwww. Season Seven has had some good moments. I only critique because I LOVE, show!

Email ThisBlogThis!Share to TwitterShare to FacebookShare to Pinterest
Labels: BLOGGITY BLOG STUFF, Just One More Episode, Poppin' My Culture, Sitting around in a Twilight T-shirt Wearing a Star Wars Helmet on My Head, Supernatural